What makes Treetops so special?

Treetops Preschool & Extended schools Provision CIC is located next to the Village Hall at the top of Pool Hill in Bridestowe near Okehampton and sits on the edge of Dartmoor based in West Devon. The surrounding villages and local area feed the preschool with children but with our very good Ofsted report, great facilities and very experienced staff team we also have and welcome children and families from much further a field. 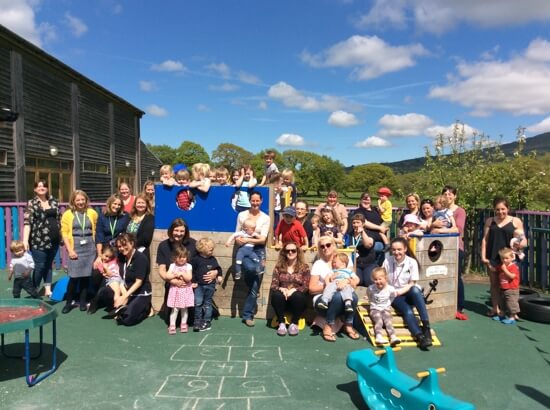 We are all very proud to be part of a great rural setting that was formed on an idea by the local vicar Chris Hughes. In 1971 when the preschool was formed it was a new concept for a nursery nurse to look after young children as it was expected that the 'seventies' mum would stay at home and look after the children until they reached school age. The original preschool was located in Sourton village hall but in the late seventies it moved to Bridestowe School. The preschool operated in the temporary classroom until September 2007.
Talks with the Bridestowe Village Hall Management Committee started to take place in late 2004 and we moved into the brand new premises on the village hall site in April 2008.Soon after moving in the decision was made to change the provisions name, several suggestions by parents were put to the vote and Treetops came out on top.

This was a very exciting time that laid the foundations for the settings future with opportunities to expand as the setting needed too. Following this, the Breakfast & After school club opened soon after the move to the current site followed by the very popular Holiday club. All the staff team are very experienced in their field of Early Years, Playwork, Parent partnership working and SEN, something which we are all very proud of and a reputation that we have built upon in the last six years.
We pride ourselves in giving all children the best possible start to their education and actively work with parents, local schools and the community to give them nurturing experiences that will provide the best starting blocks for their future lives. The children who attend the Extended school clubs are happy at Treetops and flourish with the opportunity to have social experiences with children from other outlying schools that come here. 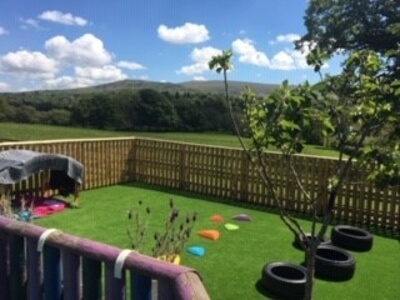 Treetops, up until the end of July 2017 was managed by a voluntary parent committee which worked closely with the setting manager and staff team to ensure that Treetops ran smoothly and efficiently.
On 1st August 2017 Treetops became a Community Interest Company (CIC) - a not for profit, social enterprise. The setting is now run by a board of directors including a Setting Director that manages the business on a day to day basis. The ethos of Treetops remains the same:

The charity that we were previously to the change still operates but is now solely for parents to fundraise to support the setting. This new fundraising group is called Friends of Treetops (FOTTS).These changes are a great step forward in safeguarding the setting into the future. We look forward to carrying on our good work in our communities and giving all our children the best start in their learning and development. 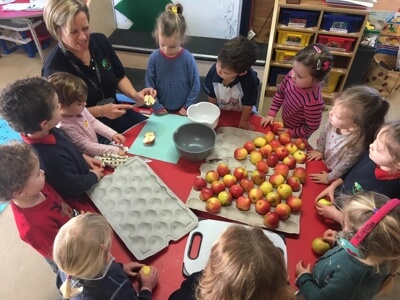 In 2016 we redesigned our outside play area, laying wetpour and installing a shelter to enhance our "freeflow" play ethos.We were also lucky enough at this time following parental fundraising to be able to purchase a bespoke play boat "SS Friendship", something that all the children (and staff) enjoy very much.
The nautical theme was chosen by staff and parents to provide something in contrast to where we are situated and develop imaginative play. We held a super "Grand Opening" ceremony for the new play area whereby we were very lucky to have local author Michael Jecks come long with local councillors to officially open the area for us.
We look forward in 2020, to finishing our extension to the play area and developing the garden space around our current apple trees to grow more fruit and vegetables.